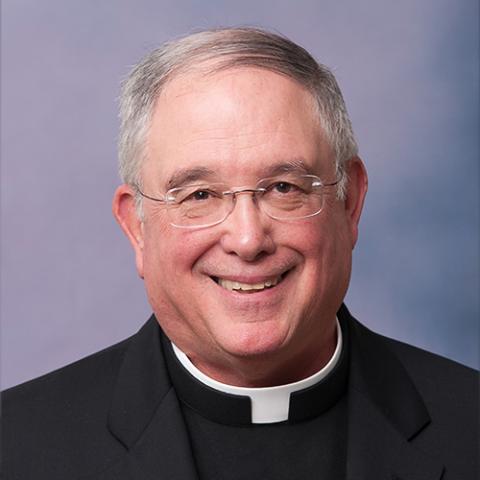 Message from the Director of Human Formation

In my role as Director of the Human Formation program at the Seminary, I would like to share with you how we incorporate human formation as one of the four dimensions upon which the whole formation program is built (spiritual, pastoral, human and intellectual).

Our Rector and Administration are deeply committed to the on-going strengthening of the human formation program at the Seminary. The program follows the directives of the Program of Priestly Formation which was developed by the United States Conference of Catholic Bishops and “The Gift of the Priestly Vocation” promulgated by the Congregation of The Clergy. Some of the goals that have been articulated by the Conference of Bishops and the Congregation of The Clergy are being addressed in our many seminars made available throughout the academic year. Seminar topics include: Addictions, Friendship is Essential to Happiness, Mindful Eating & Staying Healthy, Virtues Needed to be an Effective Pastor, Compassion Fatigue and Self-Care, The Management of Stress, Affective Maturity, Celibacy, Conflict Management, and Priest as a Public Person.

At the Seminary, we have many instruments of human formation but the most essential is the relationship that each seminarian has with both his faculty formator and his spiritual director. These two relationships are critical in assisting each seminarian in becoming a priest after the mind and heart of Christ. It is this accompaniment that will nurture what the seminarian needs to become a man of communion and to minister to his people with a compassionate and merciful heart. The formators listen for the whispers of the Holy Spirit to help the seminarian be formed into the priest that the Lord wants him to be. This is truly a sacred and privileged ministry. We need to take the words of St. John Paul II to heart and help our seminarians develop a spirituality of communion as they accompany others in our pilgrimage to heaven.