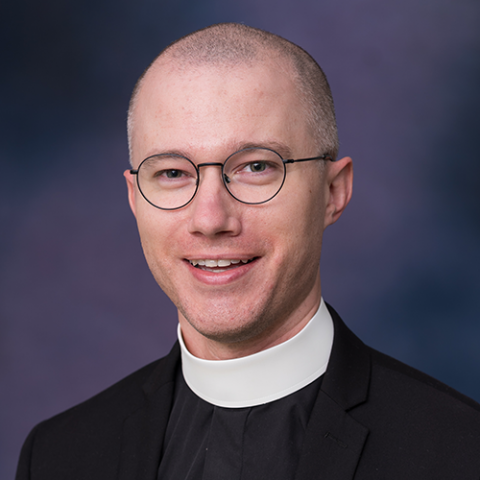 Robert’s road to Pope St. John XXIII tracked along an academic environment, where his heart was never far from hearing God’s calling. Robert worked in administration at a local university in Oklahoma for a time and then began pursuing an academic career, studying classical languages (Ancient Greek and Latin) at the University of Oklahoma. He then entered graduate school at Boston College where he studied Medieval Theology - mostly the theology of St. Thomas Aquinas. “I converted to Catholicism at the age of 16 and spent five years in seminary formation after high school before discerning to leave for a period of six years. Once I completed my graduate studies at Boston College I returned to formation, living in a parish for a year plus two years studying at St. John Vianney in Denver. My archbishop recently determined that the strong formation program at PSJS was a better fit for continuing my formation for priesthood. I agree, and it’s great to be back in New England!”