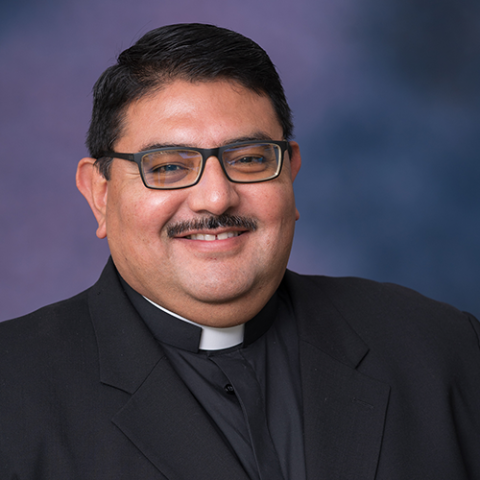 Before being accepted into seminary, Joseph was employed as a software test engineer f or 18 years. For 10 of those years, he served the youth at his home parish (Our Lady of Sorrows in Takoma Park, MD) and was involved in a youth ministry that serves the Archdiocese of Washington called “Tira La Red” (Cast the Net). “The first time I seriously considered the call to the priesthood was when a Catholic Navy chaplain at Marine Corps Recruit Depot Parris Island, SC asked if any one of us had ever considered the priesthood. Later that evening I told the Lord, ‘I would consider it, but not right now.’ I had forgotten that conversation, but the Lord reminded me of it years later. At the age of 45, I went to a discernment retreat at PSJS and after a few follow up meetings with the vocations director, I was invited to apply to formation for the priesthood. It was decided that PSJS was the best fit for my formation, and I definitely agree.”