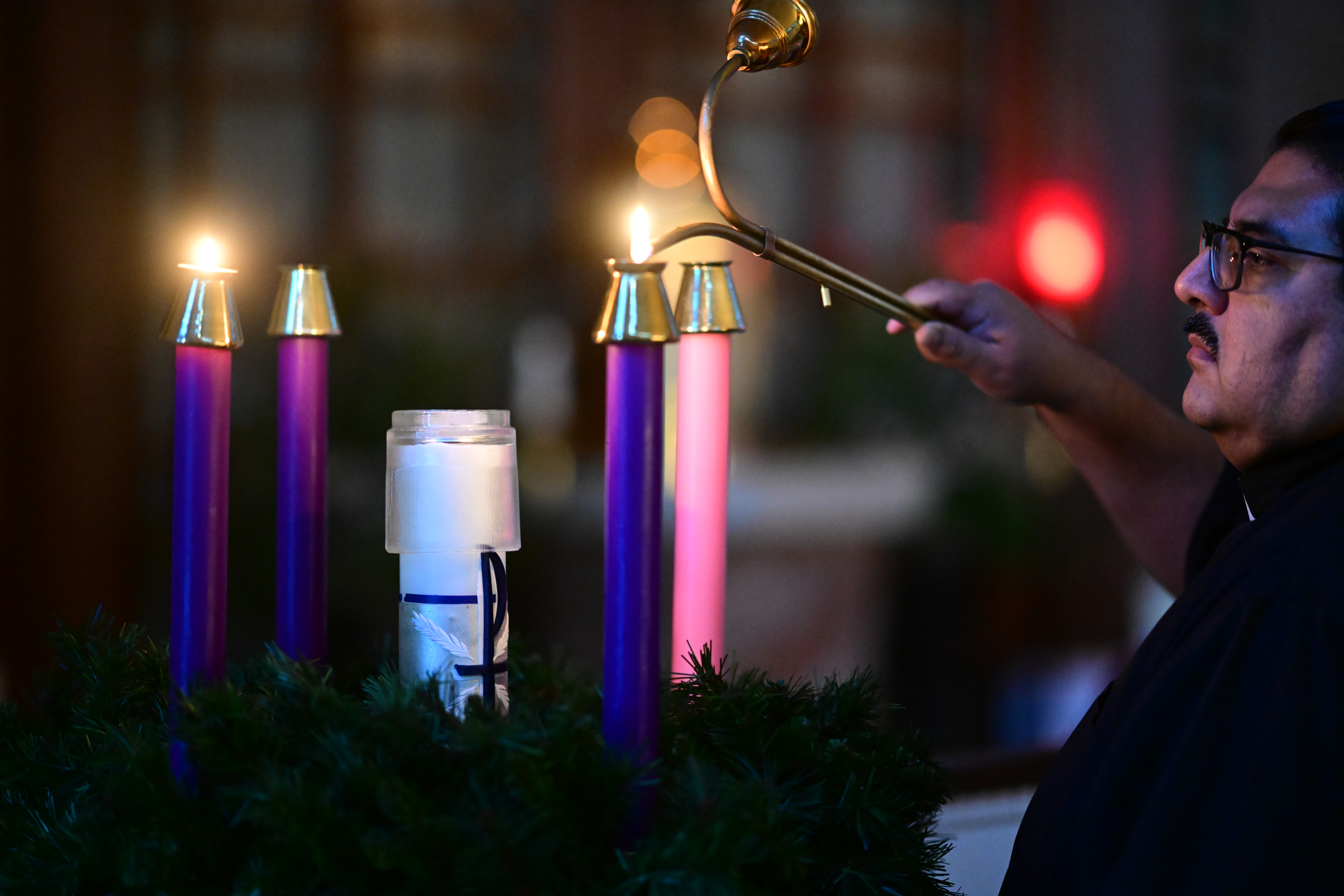 Msgr. William Fay, formator at Pope St. John XXIII National Seminary, shared the following reflection for the season of Advent at Mass today. This reflection is an adaptation of Father Phil Bloom’s homily of July 3, 2005.  Father Bloom is pastor of St. Mary of the Valley Parish in Monroe, Michigan, and is a very fine homilist.

One of the most effective rulers of all times was the Roman Emperor Octavian Augustus.  He brought an end to the civil wars that plagued the final decades of the Roman Republic which ended in 27 B.C., thus inaugurating a two-hundred-year period of relative peace known as the Pax Romana.  By promoting uniform laws, a stable currency and a system of roads and aqueducts, he gave a framework for remarkable economic development, as well as the production of great works of art and literature.  However, Augustus himself saw a fatal weakness in his empire.  The Romans, especially the upper classes, had become more devoted to pleasure than to family. Marriages and births were declining drastically.  In 18 B.C. Augustus promulgated a series of laws to encourage Romans to marry and to have children.  In spite of attractive incentives and rather severe punishments for adultery and other offenses against marriage, the laws accomplished no overall increase in the number of Roman children.

Augustus did not know that a child, born in a distant corner of his empire, would bring about the revolution he hoped for.  The grown child never married or had children, but his vision of the human person turned things around.  You, of course, know whom I am talking about - the one who says to us, “Come to me, all you are weary ...” Jesus not only believed in the dignity of each person; he solidified our worth by his sacrificial death and resurrection.  The early Christians bore this message to a weary world.  To people who regarded social class and wealth as the source of human value, they offered something better: the possibility of becoming adopted children of God.  Along with that status came a new way of viewing marriage.  Early Christian writings testify to that new vision.  For the followers of Christ, marriage is much more than a civil contract.  It is a covenant, a sacrament.  Like St. Paul, St. Ignatius of Antioch told men to love their wives like Christ loves the Church.  That is, they must sacrifice their own selves to protect and care for their wives and children.  With this lofty vision, Christians effectively countered the plagues that had worried Augustus: divorce, abortion, infanticide, contraception and the homosexual lifestyle.  Even with the immense power of the empire, Augustus could not do much against such attractions.  Christians held the real key - new life in Christ Jesus.

There is a lesson in all this for us.  We American Catholics are rightly concerned about the direction our nation is taking.  In spite of our great prosperity, we sense an inner corruption that will spell disaster for the common good.  Obviously, we want to work for laws that will protect marriage, our unborn children, the now endangered elderly, and the dignity of human life.  But we also recognize that laws in themselves have little power.  We need a new starting point and a fresh course.  An inner transformation is required if our nation is to right itself, the one Jesus invites us to this very day:

Come to me, all you who labor and are burdened,
and I will give you rest.
Take my yoke upon you and learn from me,
for I am meek and humble of heart ...

Advent for us Catholics is a time to begin anew.  Let us accept again the Lord’s yoke of meekness and humbly present his truth by our lives and by our word.  May the real incarnation of Christ in me that will take place at Holy Communion today transform me and give me the strength and the fortitude to embrace again and to witness with humility the truth of Christ.  May it ever be so.  Amen.  Amen.