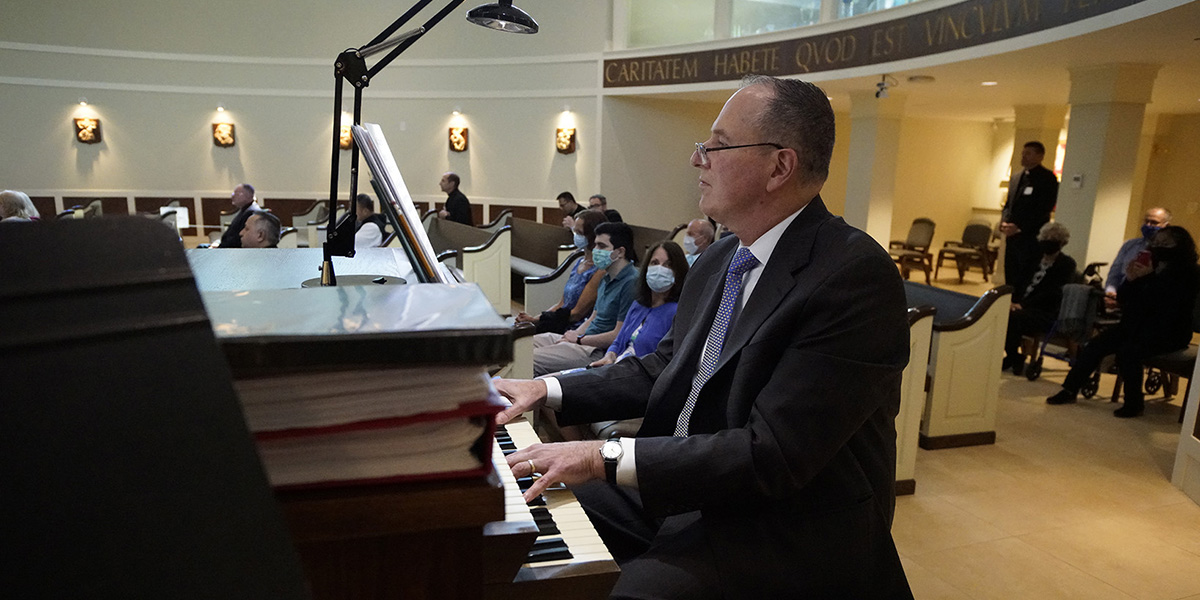 After nearly twenty years of service as organist at Sunday Masses at Pope St. John XXIII National Seminary, David Valovcin has retired.  David shared his wonderful talents with the community each Sunday during the academic year, building friendships and brightening the liturgy with music.  His wife, Karen, would often accompany him on Sundays and at times shared her voice in song.  David was honored at Mass on September 12th, where the Director of Liturgy, Monsignor James Mongelluzzo, presented David and Karen with a beautiful picture of the Seminary personally signed by Cardinal Seán O’Malley, Archbishop of Boston.

We are grateful for David’s work and friendship, and we wish he and his family our heartfelt prayers and best wishes as they move to Florida for the next chapter in their lives.  Thank you, David! 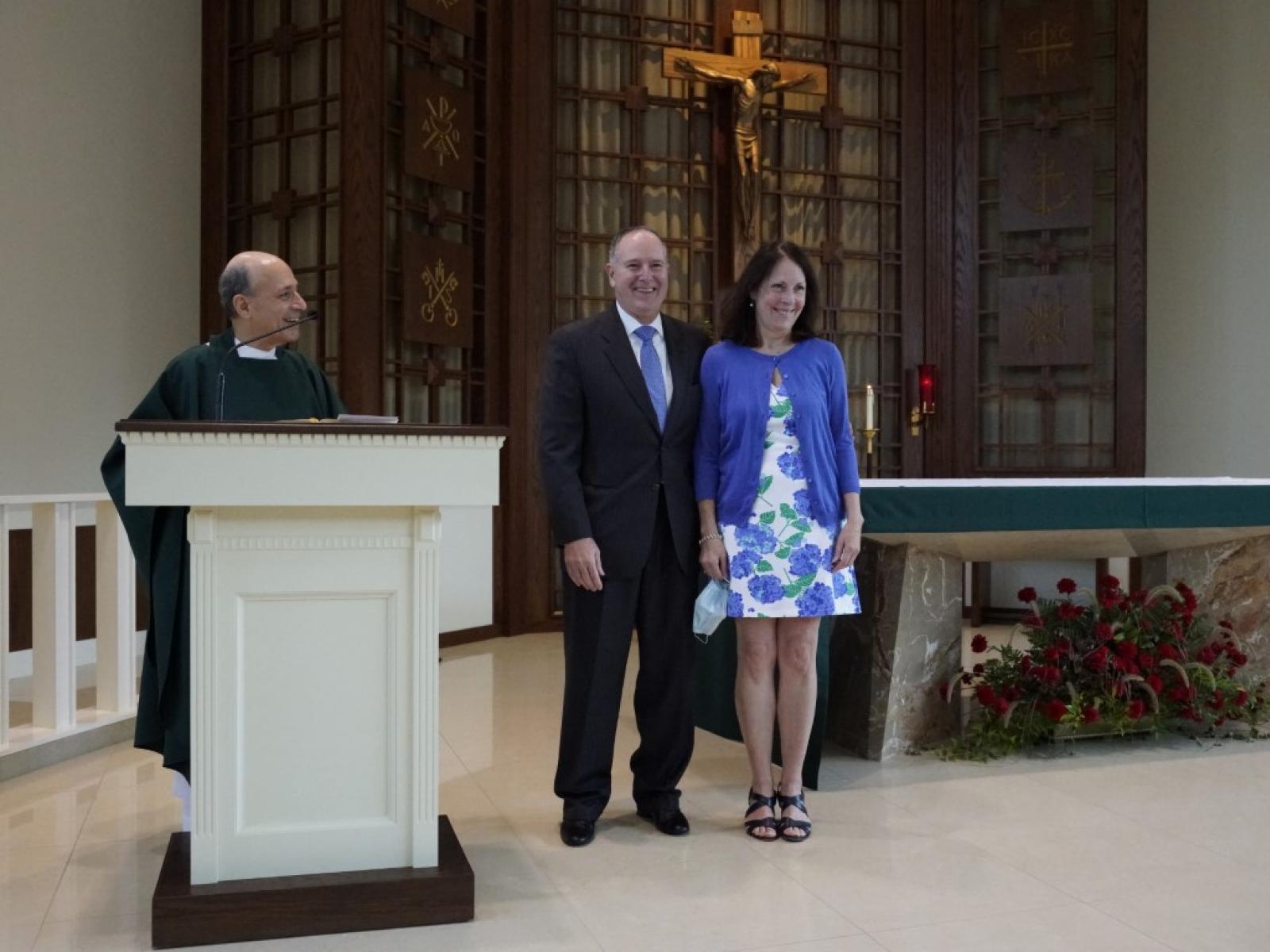 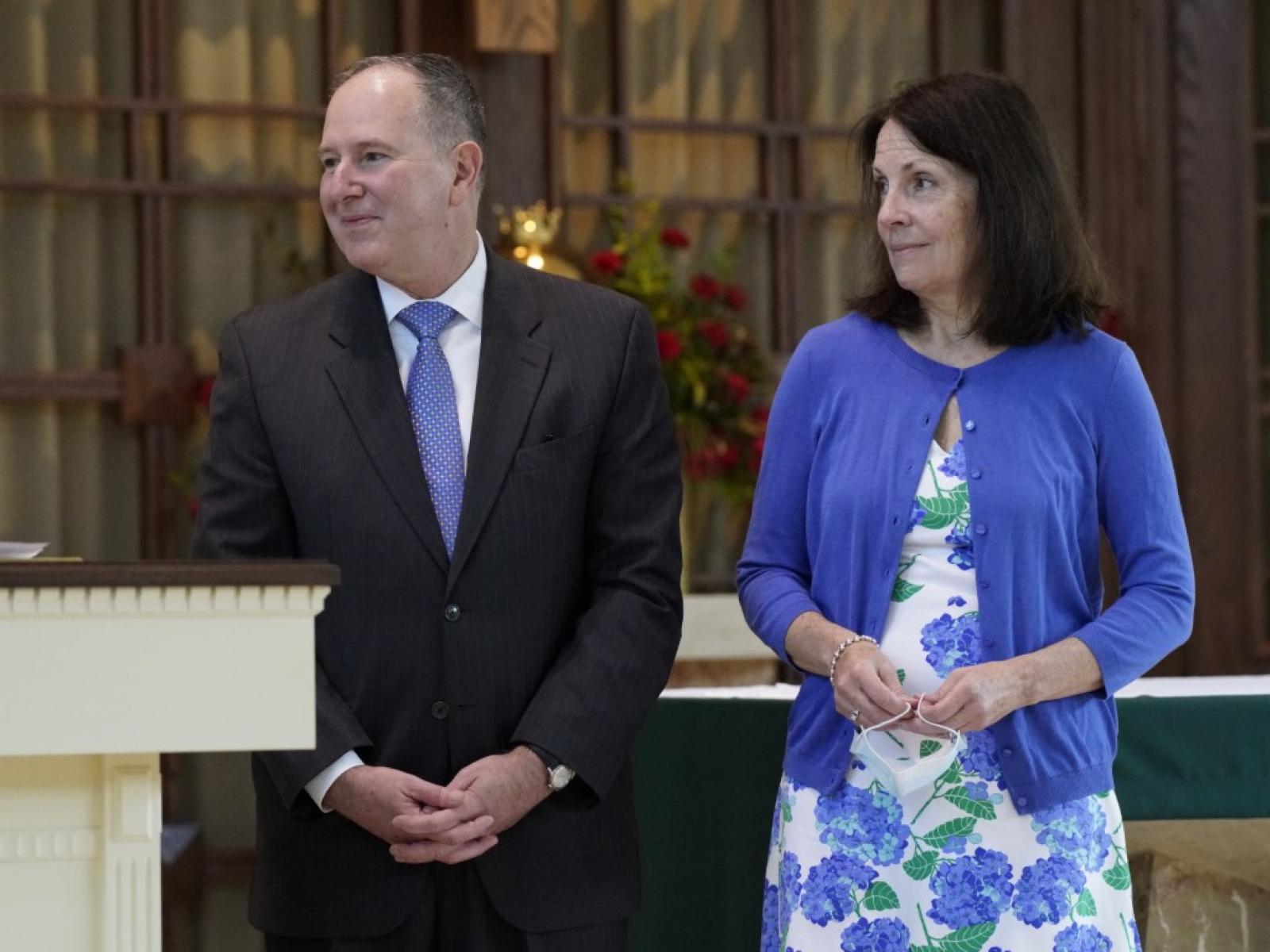 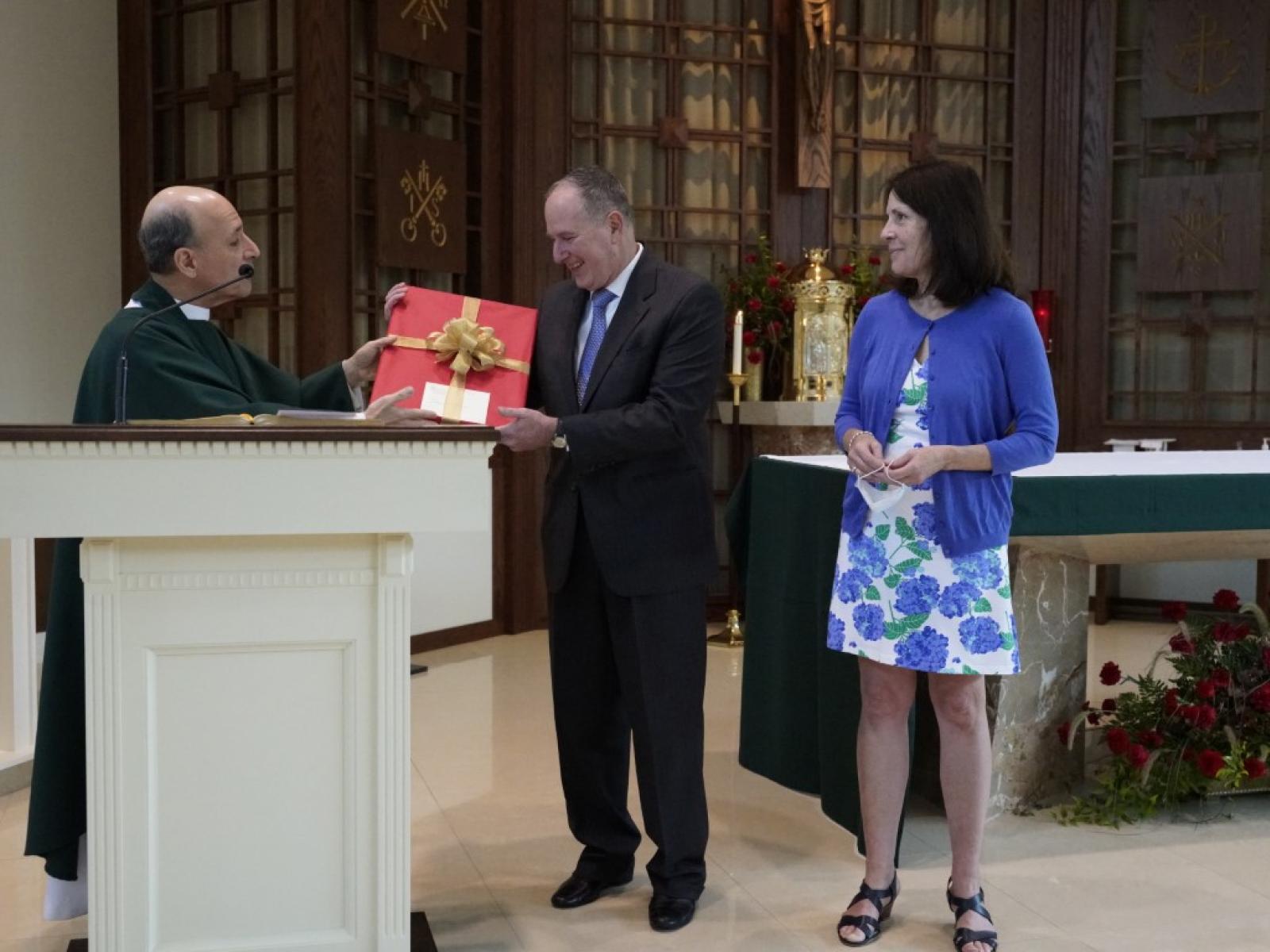 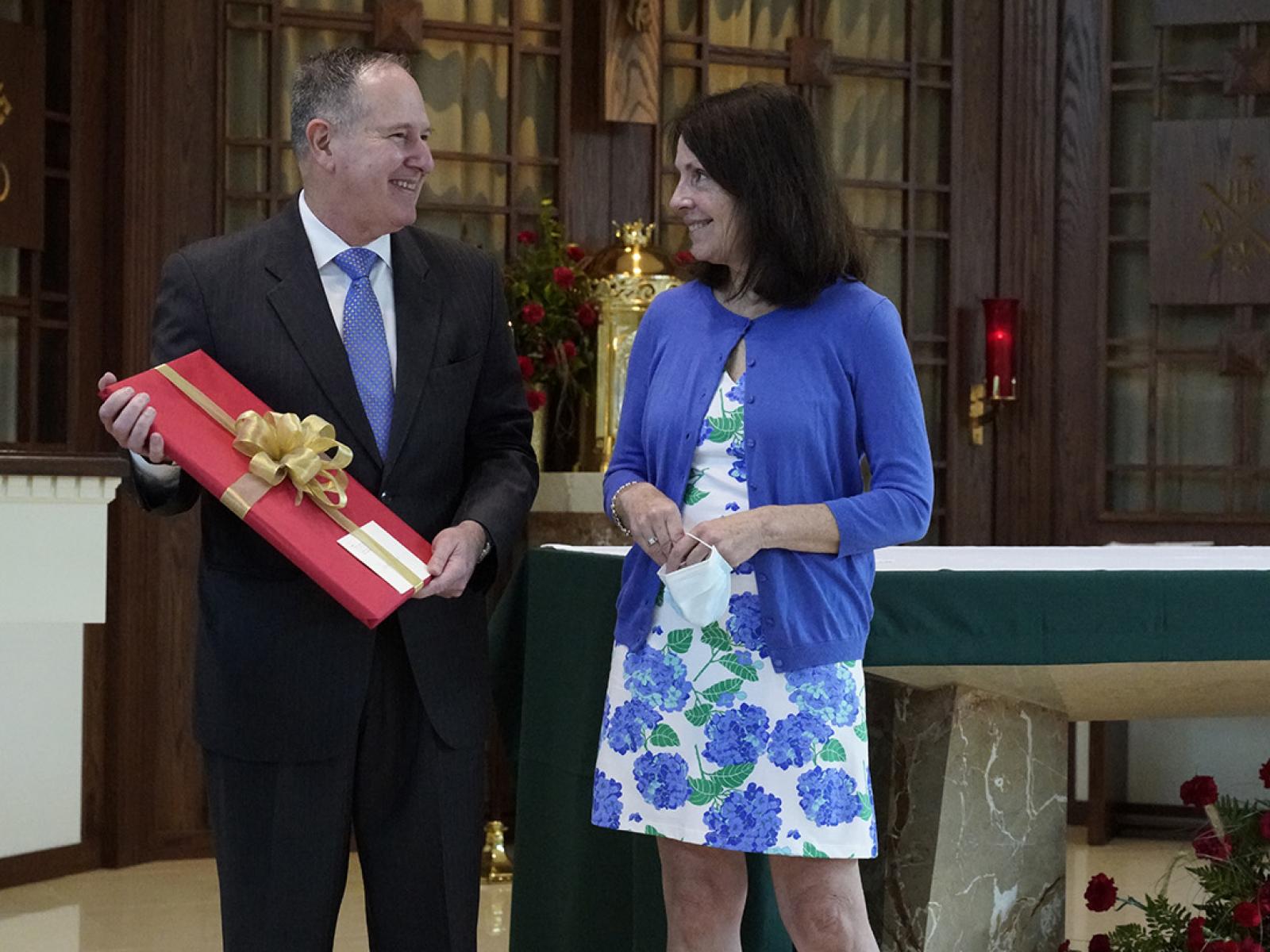 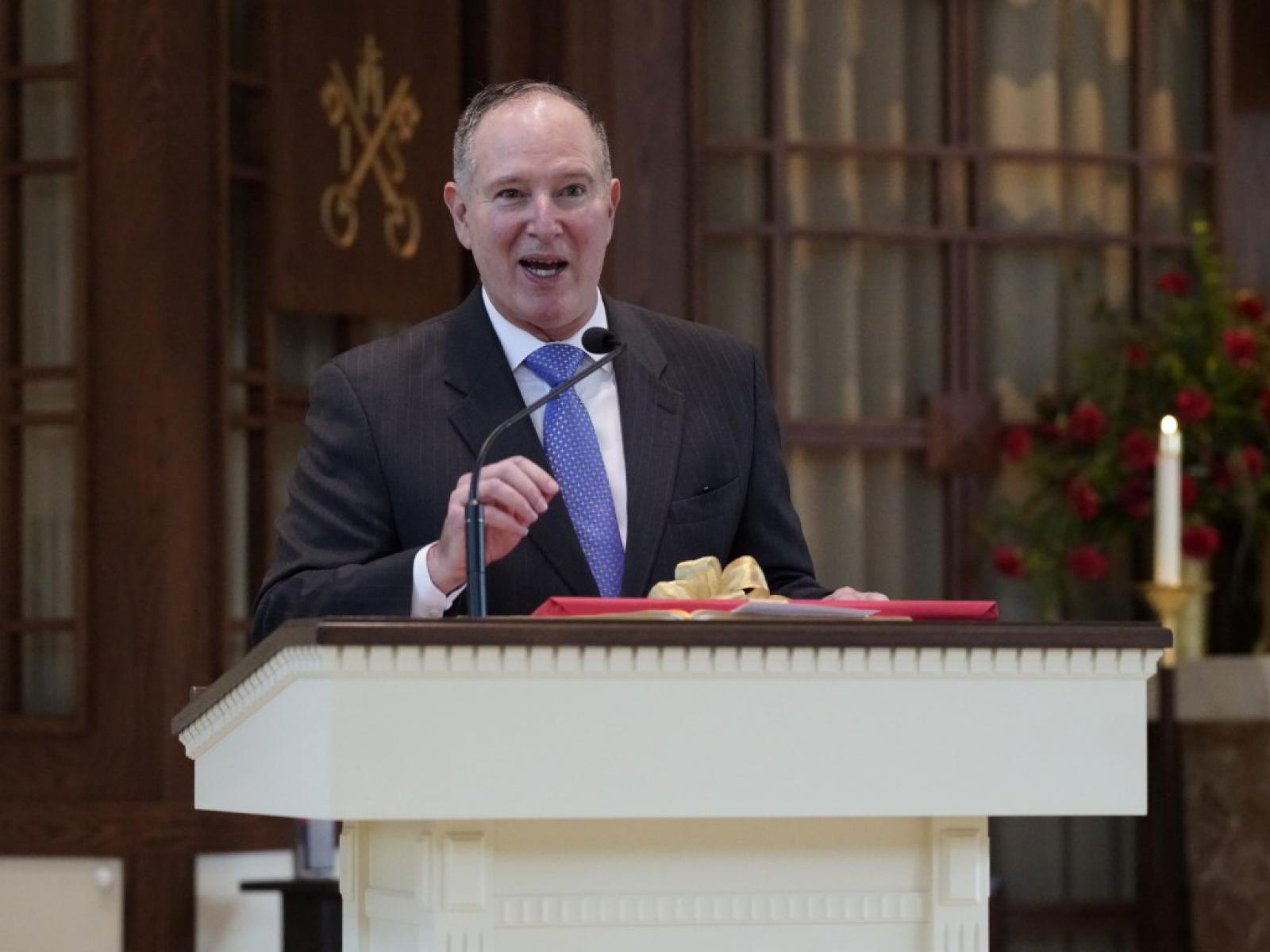 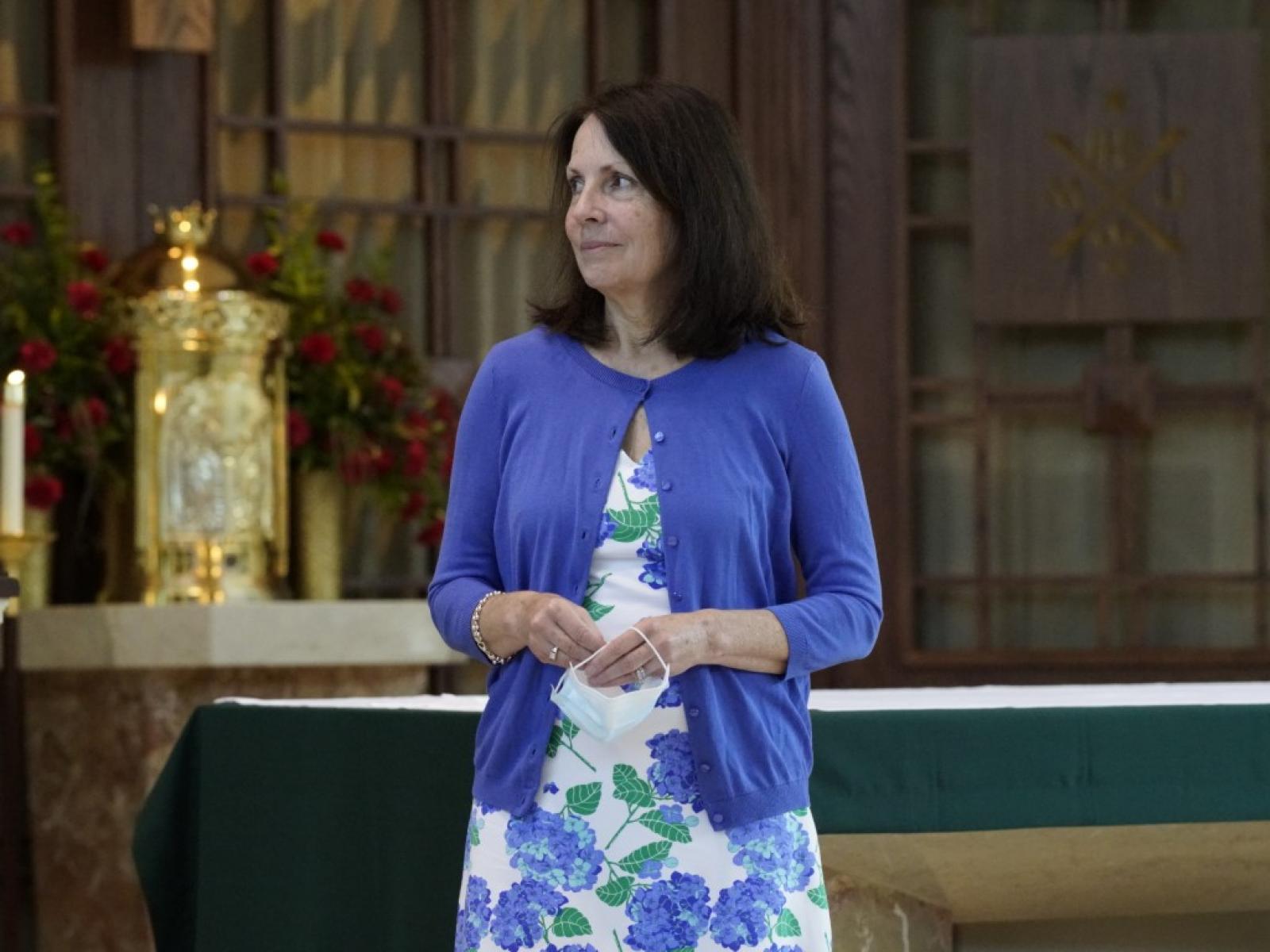 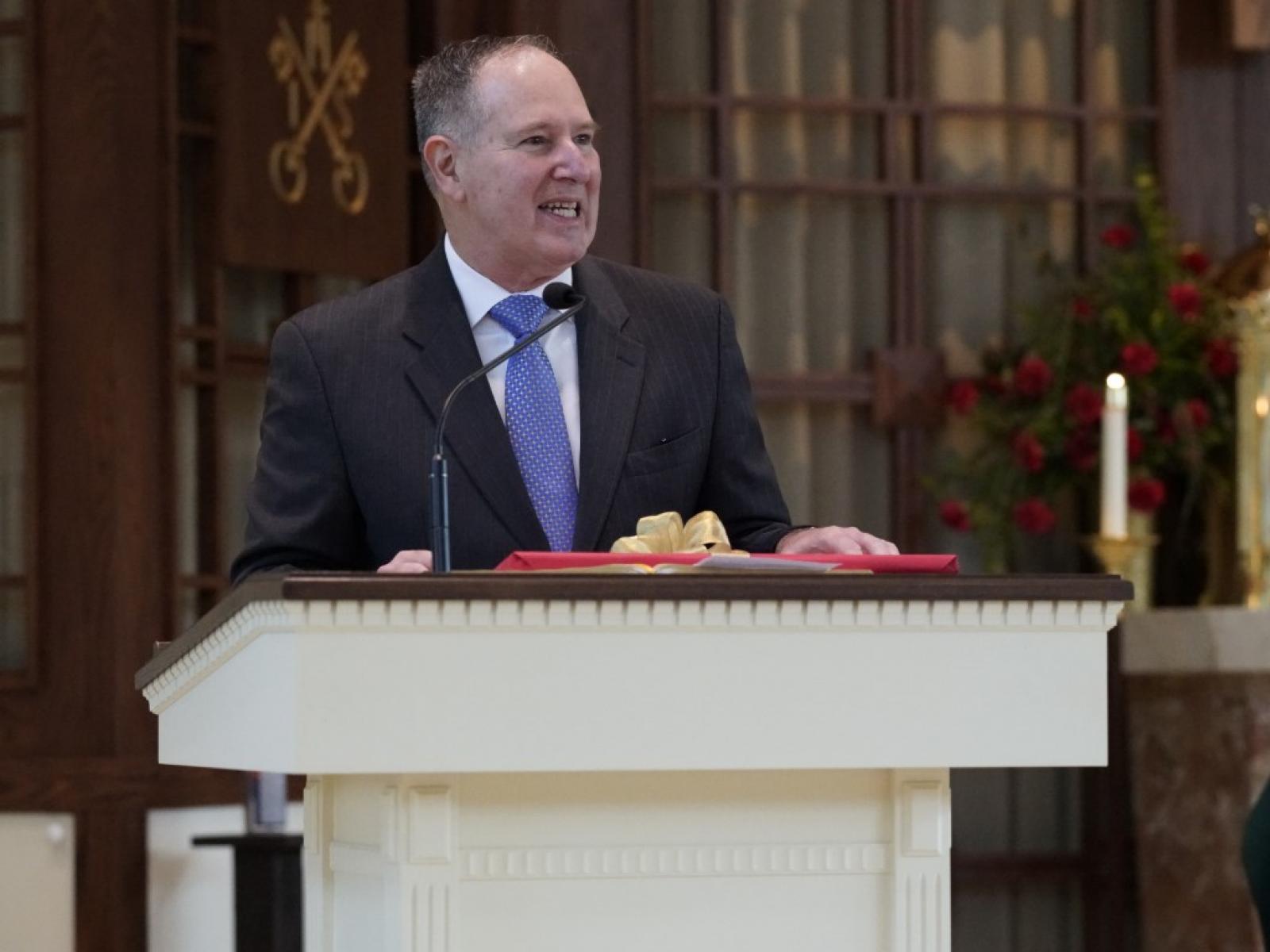 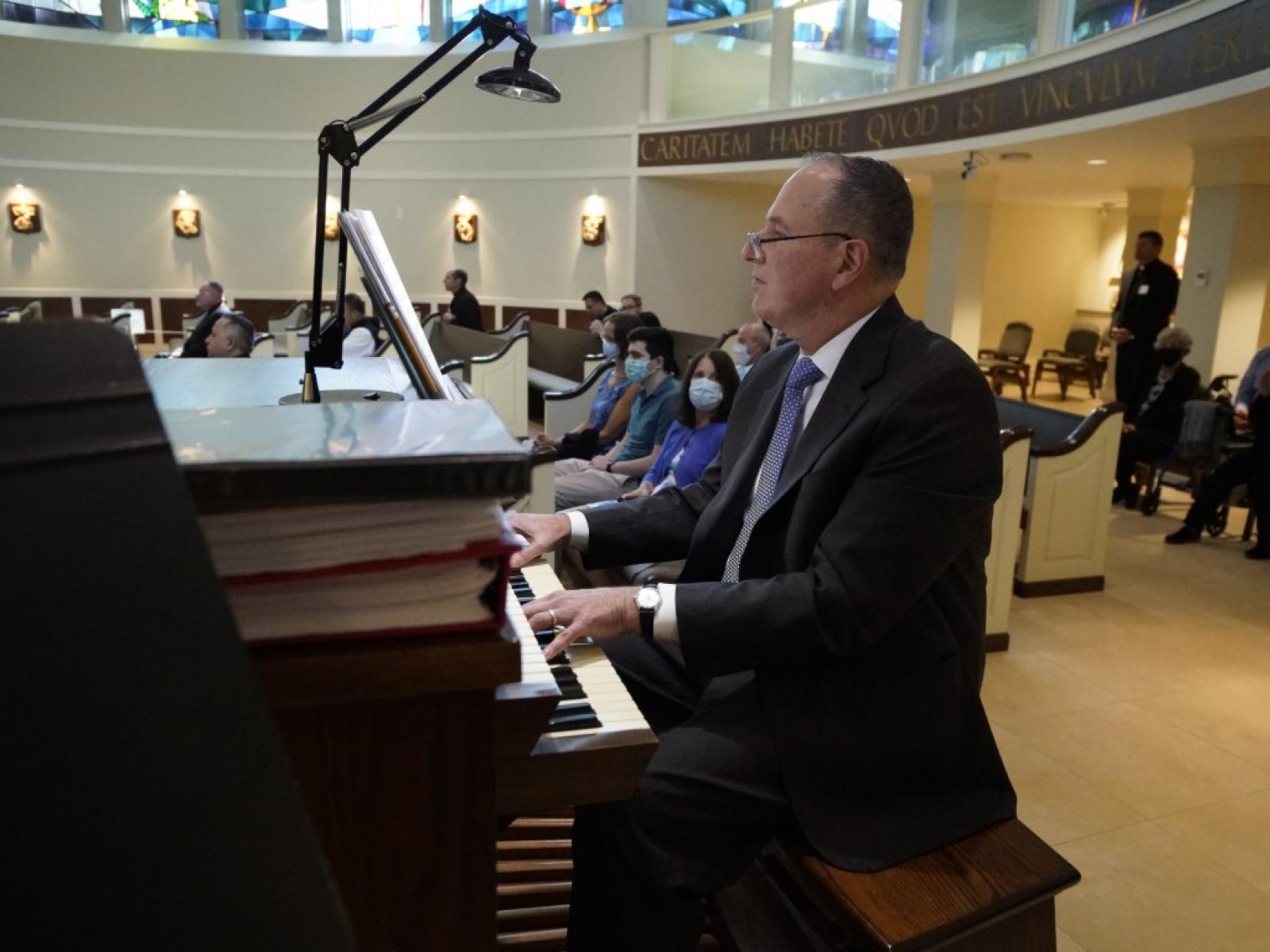 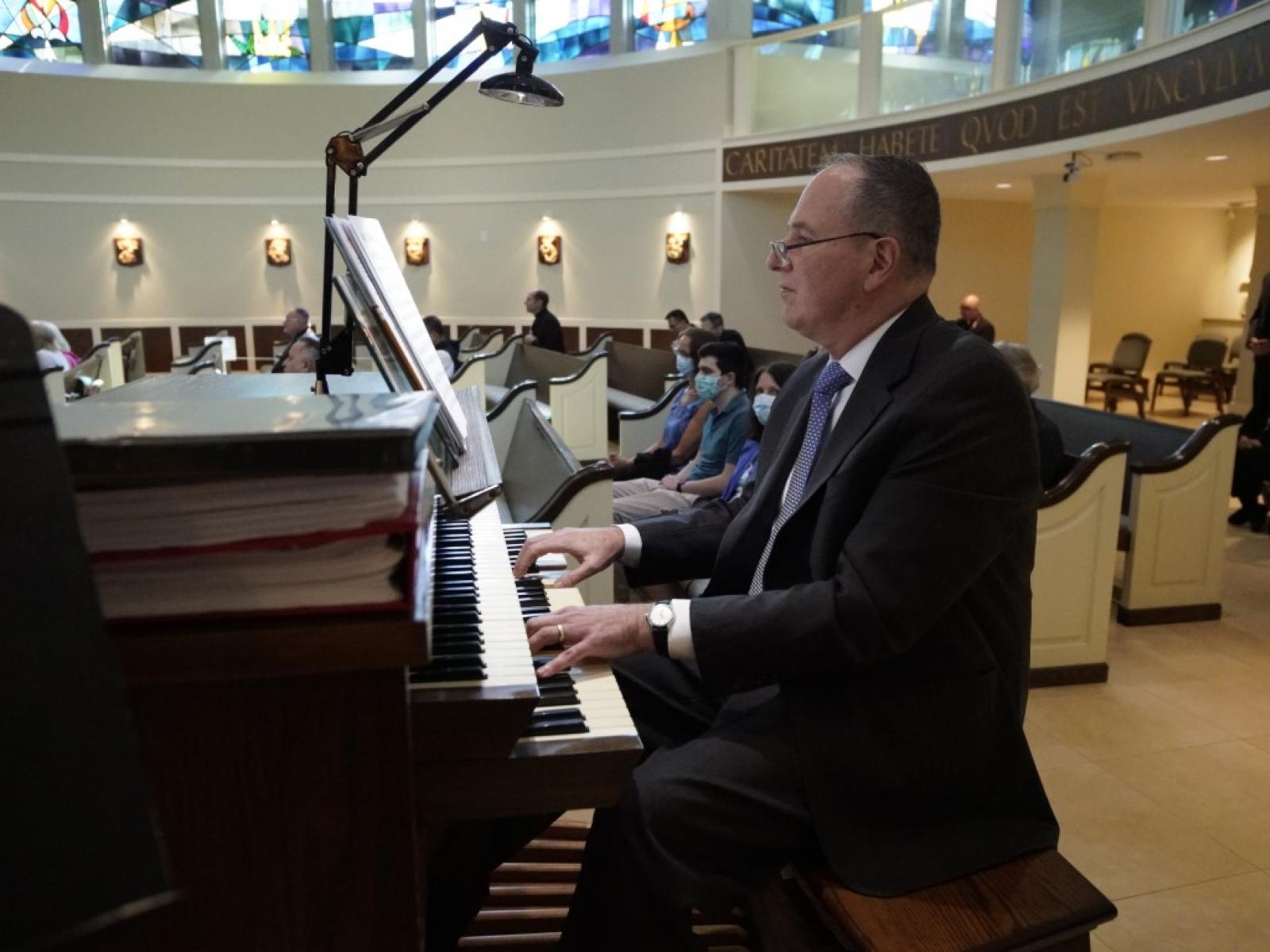 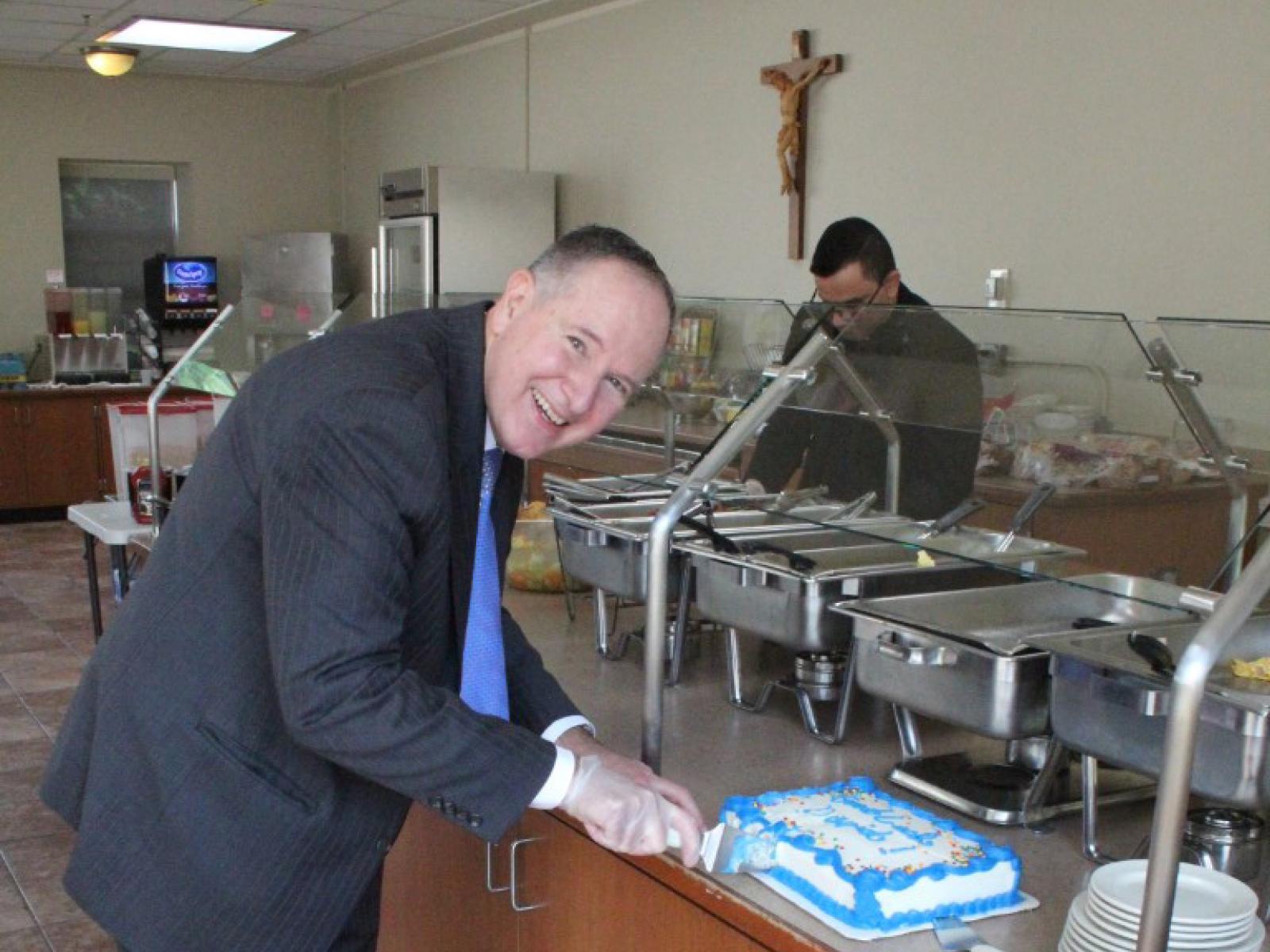 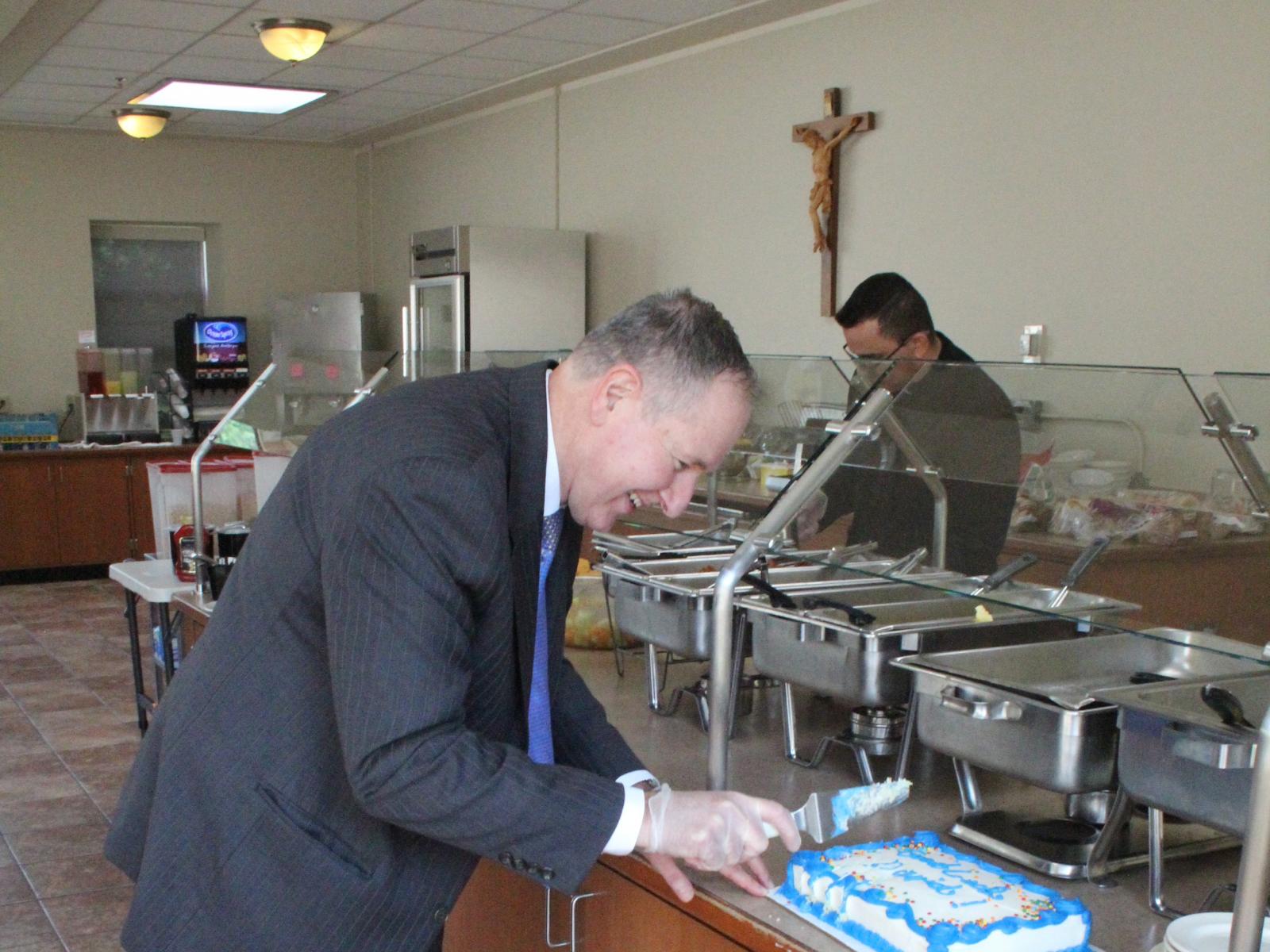