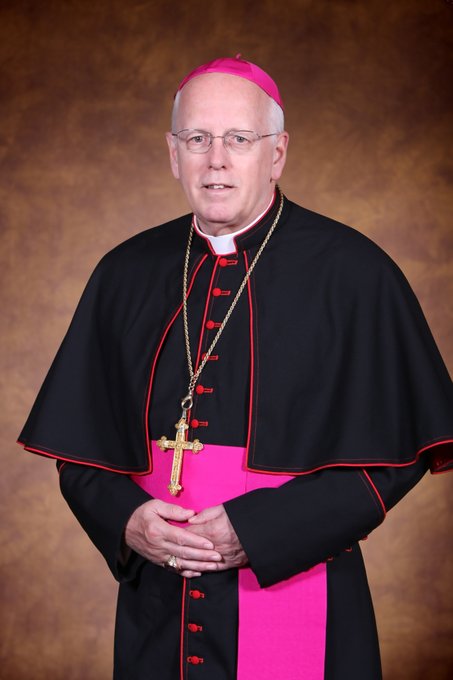 Most Reverend Paul J. Swain, Bishop Emeritus of Sioux Falls, South Dakota, was called home to the Lord on Saturday, November 26, 2022. Bishop Swain was ordained as a priest of the Diocese of Madison on May 27, 1988 and was an alumnus of Pope St. John XXIII National Seminary. He was an Air Force Intelligence Officer in Vietnam and holds degrees in History and Political Science. An attorney, his degree in law is from the University of Wisconsin. He was in private practice and the legal counsel to the Governor of Wisconsin prior to entering Pope St. John XXIII National Seminary. During his time working with the Governor, Bishop Swain started considering becoming a priest. He was not Catholic at the time, but as he studied, read and began attending Mass, he took the next step and became Catholic and entered Pope St. John XXIII National Seminary to answer his call to priesthood.

A burial mass will take place Saturday, December 3rd at 10:00 a.m. at St. Joseph’s Cathedral in Sioux Falls, South Dakota. The Most Reverend Bernard Hebda, Archbishop of St. Paul & Minneapolis will preside at the Mass. Recitation of the Rosary will begin at 6:00 pm Friday, December 2, followed by a liturgical wake service will be prayed on in the Cathedral beginning at 6:30 pm. The wake will be preceded by a visitation beginning at 1:00 pm in the Cathedral church.

Both Liturgical Wake Service and Mass of Christian Burial will be livestreamed on the church YouTube channel. To view click this link; https://www.youtube.com/@SFDiocese

May he rest in eternal peace with Jesus.